“We were perhaps weak; but in the middle of an unarmed city, they were ridiculous with their seriousness. ”

I wrote this small inquiry at the high-school in 2014 for the Turkish Literature lesson’s research book review. Today, without changing anything, I translated it into English. From that time, my life has enormously been changed and I experienced various matters of life. But, my admire for Ahmed Hamdi Tanpınar has remained the same.

Numerous novels, stories, articles, biographies, memoirs or essays about the War of Independence were written. The work I will introduce to you is the one I have chosen. Yes, there are several factors that make this work unique. Even, Tanpınar himself in my eyes makes that work is worth reading. Other than that, the book is not just a chronological list of bloodshed describing the bloody struggle. An Istanbul-based history reading and a strong narration of the last years of the Ottoman Empire make the book valuable. I was deeply impressed by the book’s main character Cemal’s love for Sabiha and the knowledge of İhsan. Our novel starts with the arrival of Cemal, who is also a literary enthusiast, to İstanbul. When he came to Elagöz Mehmet Efendi, the neighborhood where he spent his years, and he went to Vefa High School.

He falls in love with his neighbor’s daughter Sabiha, but this love is platonic. Sabiha’s mother, Sündüs Hanım, cannot be happy for whatever she says, because “her life was spent today and yesterday, in the comparisons she made between Preveze and Istanbul or Nişantaşı, where she used to live.” Sabiha’s father Süleyman Bey was always drunk and this will prepare his family’s fall. A short time later, a change that will have a profound impact on Cemal’s life occurred. İhsan, who is considered his close friend and older brother, returns from France at the age of twenty-four after completing his history education. İhsan starts his career at Vefa High School as a history teacher. The historian, who impressed everyone with his knowledge, said in the words of Cemal “in the first lessons, he told us about the history of Rome and the French revolution, you can see all the fate of mankind in these two.”

“The name was to read. In fact, it was just waiting for time. Because I didn’t learn almost anything at my school. But I was leaving. This machine [the school] was not a cruel, overwhelming thing. His only misdemeanor was that it was annoying.”

He likes the street: 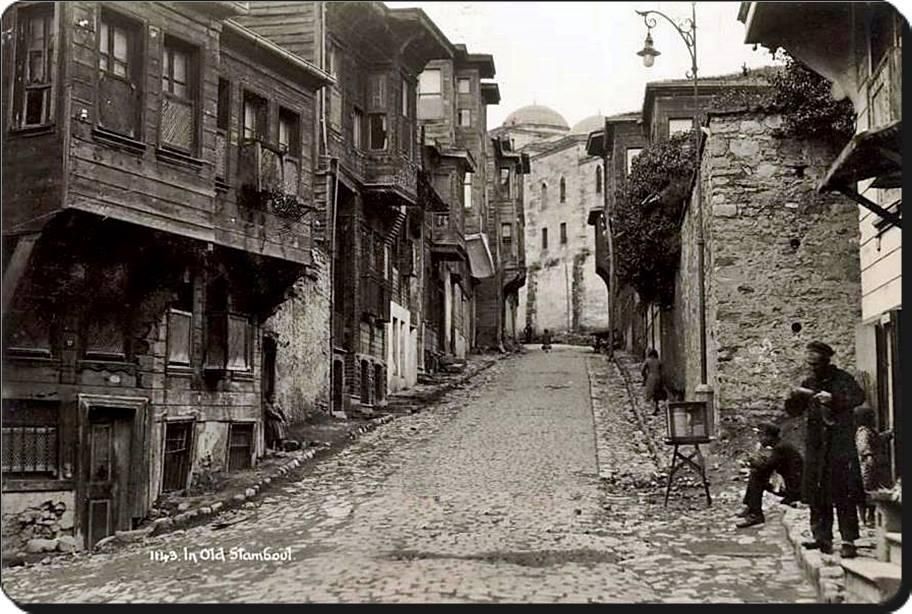 “The Blessings were the street. The only helper is the street. Set the street in life for the child everywhere and for every generation. (…) Life is like warm bread there.”

Kudret Bey, one of the old fixtures of the neighborhood, ended his Roman consulate. Kudret will exhibit attitudes that will affect Sabiha and Cemal later in the novel. There is a desire to live in Sabiha like European women. He gets closer to İhsan in this period. This relationship, of course, makes Cemal jealous. After Cemal’s father’s appointment to Anatolia, he left Sabiha and Istanbul. Meanwhile, the Balkan Wars and the Ottoman Empire suffered a profound concussion. Nothing will be the same.

After that, he visits İhsan to find Sabiha. However, he cannot obtain any information. Instead, he obtains a lot of philosophical, political and historical information from İhsan. The sentences that give the book its name come from İhsan:

“Our destiny will be taken care of there! That’s the scene [sahne]. We are unfortunately only spectators here. We’re offstage. ”

İhsan means “National Struggle” of Anatolia with these words. Afterwards, Cemal took a letter to Mr. Tevfik and obtained information from Mr. Tevfik about how Sabiha lived. Sabiha combines his life with the heroin merchant named Muhtar Bey,  an immoral. The same evening, Tevfik Bey, who performed a raft on the Bosphorus, had the enemy soldiers play Turkish music and said:

“When the issue of homeland arises, humanity changes. Do you know who’s holding Galata? Police, criminal, criminal, blah. Yeah, the police and the criminal hand in hand. Isn’t that weird? But on top of it, it’s the National Struggle! There is no criminal record in this fire, they are all cleaned up.”

The next day Cemal meets İhsan at White Russians’ Restaurant. İhsan asks Cemal to make friends with Nasır Pasha and write down his memories. Cemal wonders what the memories will do. According to İhsan, these memories will be the end of the treacherous collaborators. Sixty-year-old Nasir Pasha is a statesman who acts as a kind and mediator. He trusts Cemal and takes him as a secretary. Incidentally, Cemal meets Kudret Bey. It was revealed that the person who introduced Sabiha and Muhtar was Kudret Bey. Cemal says about Kudret:

“This senile fool was thinking that he was the guardian angel of Muhtar and Sabiha, and he believed that everything went according to his wishes. ”

Cemal, who stayed in Madame Elekciyan’s boarding house for a while, could call Sabiha everywhere but not see him anywhere. On the other hand, she meets her husband Muhtar. According to Cemal,

“The spirit of evil from Muhtar emerges like a light overflowing from a diamond.”

The first victories from the Independence Struggle began to come and the Anatolian people resisted at that period.

Nasir Pasha burns all of his documents, including all the photographs of his past, with Cemal in an unexpected manner. But whatever it is, Cemal argues that past cannot be destroyed, it will only disappear as matter. He had nightmares the same night. After encountering Sabiha on the bridge by chance, Cemal takes a promise that he will come to visit him. While at the hostel, Sabiha comes in fear and tells him that Muhtar is following herself to harm. There is a Sabiha who is used to drinking and tired of life. Cemal, who wants to be a partner in Sabiha’s grief crying all night, experiences the real shock when it is morning. Sabiha left the boarding house early. Cemal says:

If there were days I really lost the taste of life, it was the days after tonight. We learn words first; then we learn the meaning of one by one as we live. Until that day I, like everyone else, had used the words of agony, pain and despair. But I guess I was able to measure their true meaning within forty-eight hours after tonight. Everything, everything was over. ”

On one of the following days, Cemal comes to the eye with an envelope at his door. When he opens this envelope, he encounters Sabiha’s photograph. ‘The first Turkish woman to appear on the stage’ Cemal who says it is written says:

In order to learn the details of the theater, he goes to his brother Muhlis, where he often makes philosophical conversations. Meanwhile, even those who hesitated in the National Struggle took a position in favor of the National Forces. In the turn to the London Conference, Cemal forgets about Sabiha because social issues prevent individual preferences. The new news is quite surprising: Nasir Pasha was killed, and as a souvenir, there were very worthless reports of his mission in Aqaba. Historian İhsan was also included as a suspect. Everything has been turned upside down from the beginning, while the belief in victory has been maximized. The novel ends when Cemal and Muhlis Bey leave the house to rescue İhsan. I conclude with one of İhsan’s words that I like very much in the book:

How hard it is for a person to come up with an idea that will lead their life. That’s not the shoes, let me get it right away. So far, we have always lived with words and events. The words got us drunk; The events woke us by hitting our heads. We could not think of the human, the history and the needs of life. ”